Amazingly, this is now the fifth year of Suffertember!

Last year was the most successful yet as both Suffertember Co-Founder Westley Dang and I were living in The Archive, and almost two-thirds of the house joined us, including friends of friends like the lead guitarist of Linkin Park(!). We started off with a 6 AM run up a local hill (SF is a fantastic city for masochists) which was made only slightly more difficult by the thumbnail-sized chunks of ash falling from the air. After the run, we did Ab Ripper X in a big circle in the backyard and then made breakfast. It was a great morning.

The rest of the month went nearly as well. Everyone posted printed-out calendar versions of their personal challenges on one of the community fridges and checked off the things they did (or failed to do) each day. This was excellent for motivation and lent that sense of camaraderie that makes shared suffering so much more fun.

It was the first Suffertember where I successfully took entirely cold showers—in past years, this has always been one of the hardest things for me. Maybe something about being from Florida, but day after day of waking up early and immediately taking a cold shower wears me down. It doesn’t help that I usually take two or three a day and get a lot of my best thinking done in the shower (like the idea for my current start-up and about ten future ones).

I also love them, though, because they are basically compressed, isomorphic versions of so many of the other challenges in life: they start off bewildering and wildly uncomfortable, after a while this fades and they become merely unpleasant, then at some unidentifiable inflection point you realize it’s not that bad, and hey, this feels pretty good actually, and then you hang out for a while and get out of the shower feeling super invigorated and ready to conquer the day!

Completing the cold shower loop is nearly the same thing as overcoming a procrastination cycle, except that the reward comes much faster, which makes it much easier to connect cause to effect on a gut level deep enough to make this a habit. And once you’ve done this, you can repurpose the experience of winning a cold shower as fuel for starting longer or more difficult challenges (especially those with a lot of front-loaded difficulty).

Anyhow, last year I successfully completed this, two of my other more physical challenges—a daily five minute plank and fifty pull-ups—and a little over half of the rest of my goals, which felt like a huge success. 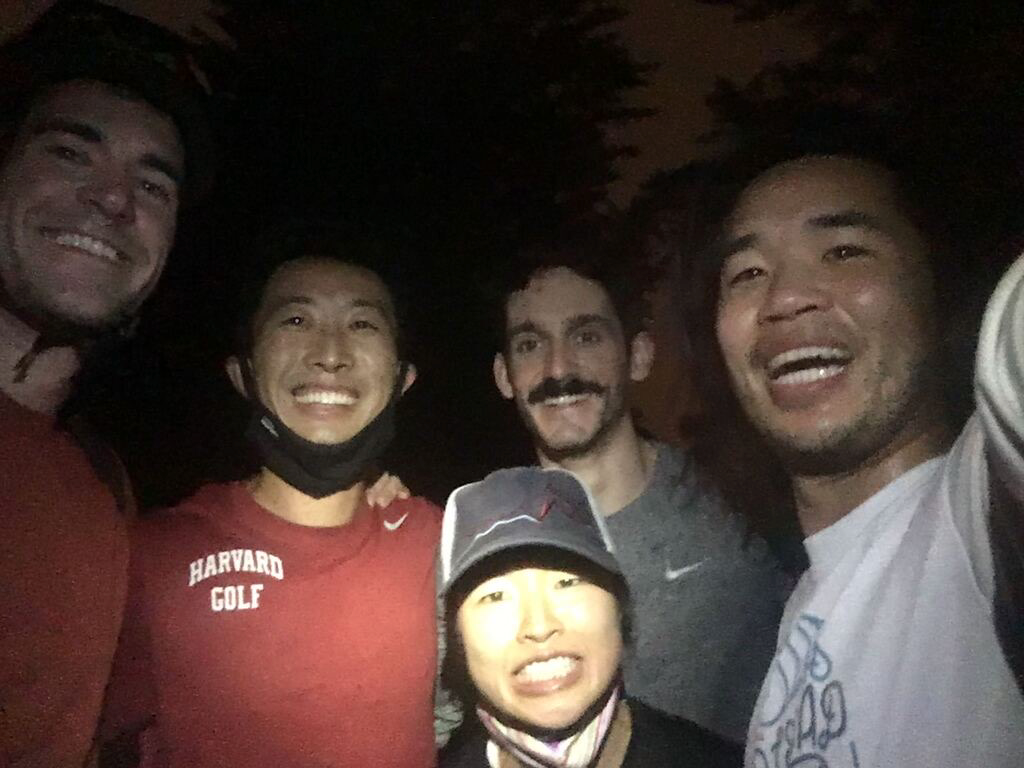 When Wes and I started this in 2017, I’d never yet done a triathlon or an ultra-marathon. These seemed like monolithic challenges that I had no idea I’d be able to live up to. Starting a company seemed equally impossible.2 Now, with four Suffertembers completed, things like this seem so much more commonplace, which I think is a testament to how much Suffertember has changed me.

As Wes likes to say about Suffertember: “you forget the shape of who you are unless you visit your edges once in a while,” and I think that’s true, but also that you re-draw your edges outward each time you visit the borderlands.

One other thing I find interesting is how much I look forward to Suffertember all year round. It has acquired this haloed place in my mind as a time of tranquility, purity, and zen-tinged purpose. I think this is in large part due to the ascetic minimalism I enforce on myself, which results in other, more human activities filling in the empty spaces. Getting rid of news, social media, TV, and websites like Reddit, frees up more time3 than I like to admit. It’s not that I spend a huge amount of time on them, but that I use them to fill in the cracks of the day, and that those cracks add up, and what they add up to is a more stressed, distracted, lower mental well-being life, which forms one of those positive feedback loops of doom.

In my perpetually-too-busy-life, getting rid of all the things that I think I want or need, but really don’t, frees me to spend more time doing the real things that make me a better and more complete person.

Despite this, though, I somehow always revert most of the way back to my pre-Suffertember self within a month or two of Suffertember ending. I’ve tried to do other months (Painuary doesn’t quite roll off the tongue as nicely) or mini-Suffertembers both by myself and with friends, but they somehow lack the magic of Suffertember itself; the magic that makes it feel like a real journey or spiritual quest that I can’t leave for an entire month, at the peril of my soul. This is a puzzle I’m still trying to solve.

In the meantime, though, here are my goals for Suffertember V. Happy suffering!