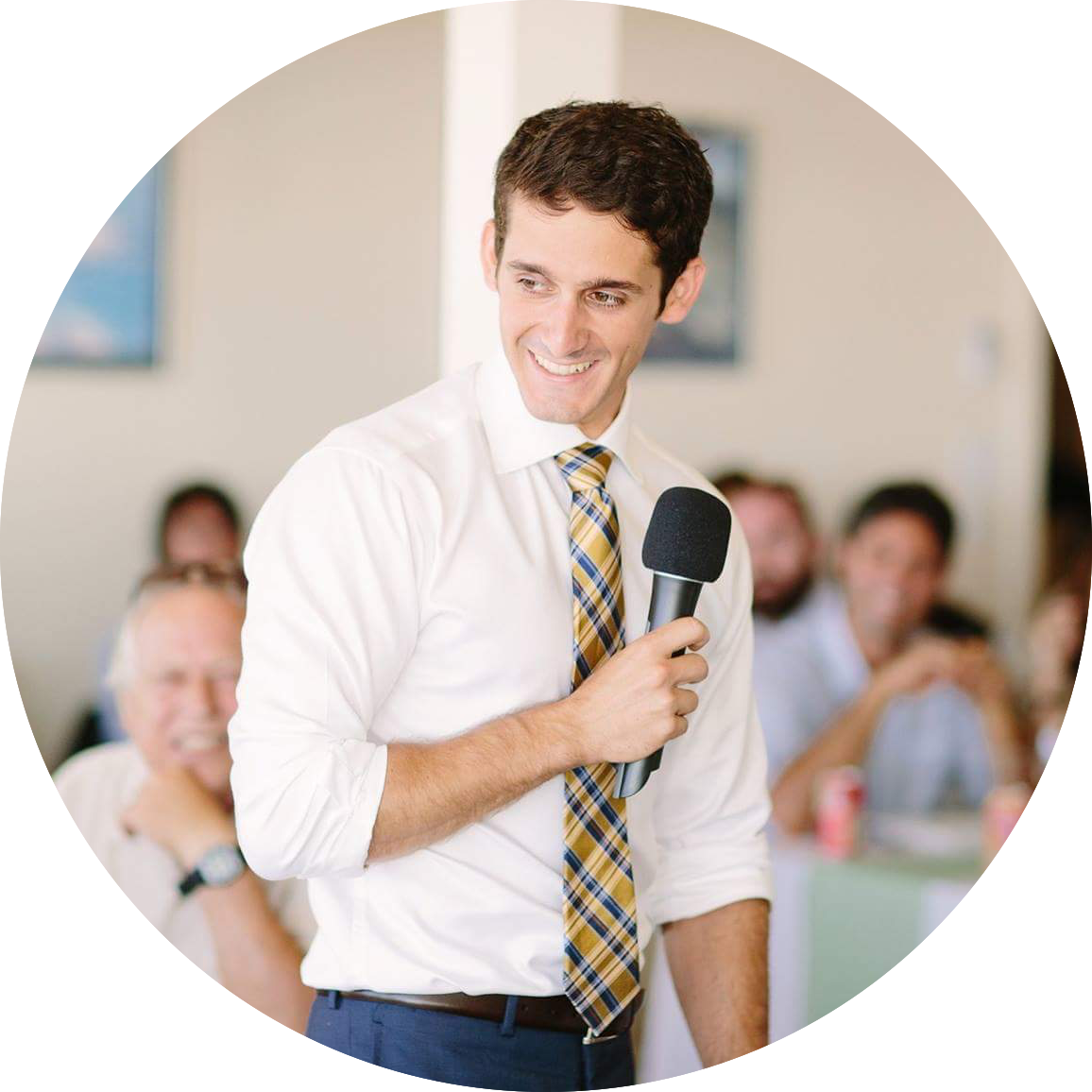 Hello Internet! I’m Armand (B.) Cognetta (III). I’m a scientist interested in all aspects of human health and well-being. I did my PhD in Chemical Biology in the laboratory of Benjamin Cravatt at Scripps Research Institute, where I developed chemo-proteomic platforms to make drug discovery safer and more efficient.

After defending, I moved to NYC to work at a startup (Inzen Therapeutics) focused on developing drugs to manipulate cell death, where I built the proteomics platform we used to discover novel cell death drug targets/signaling molecules (aka thanacrines), from the ground up. The science behind the company was super cool: every day roughly 500 billion cells die in your body. Some proportion of the biomolecules contained in these cells get released into the surrounding milieu, and some proportion of these molecules will go on to perform some sort of signaling function. Biological signaling is both poorly understood and a rich source of new drug targets. It is therefore a matter of great practical importance to be able to comprehensively understand these processes, so that their roles in health and disease can be fully leveraged.

Last June, I transitioned to a part-time consulting role at Inzen in order to focus on my own start-up, which I will hopefully be writing more about soon :)

You can find me online @:

“In the beginning there was nothing, which exploded.”

“The purpose of life is to be defeated by greater and greater things.”

“Forget safety.
Live where you fear to live.
Destroy your reputation.
Be notorious.”

“Stop being holy, forget being prudent, it’ll be a hundred times better for everyone. Stop being altruistic, forget being righteous, people will remember what family feeling is. Stop planning, forget making a profit, there won’t be any thieves and robbers. But even these three rules needn’t be followed; what works reliably is to know the raw silk, hold the uncut wood. Need little, want less. Forget the rules. Be untroubled.”

“The fundamental delusion — there is something out there that will make me happy and fulfilled forever.”

“And here is a parable of life for you to ponder on: A group of tourists sits in a bus that is passing through gorgeously beautiful country; lakes and mountains and green fields and rivers. But the shades of the bus are pulled down. They do not have the slightest idea of what lies beyond the windows of the bus. And all the time of their journey is spent in squabbling over who will have the seat of honor in the bus, who will be applauded, who will be well considered. And so they remain till the journey’s end.”

“Whatever feeds the ego kills the soul.”

“The secret to doing good research is always to be a little underemployed. You waste years by not being able to waste hours.”

“Try to acquire the weird practice of savoring your mistakes, delighting in uncovering the strange quirks that led you astray. Then, once you have sucked out all the goodness to be gained from having made them, you can cheerfully set them behind you, and go on to the next big opportunity. But that is not enough: you should actively seek out opportunities to make grand mistakes, just so you can then recover from them.”

“Everything you want is on the far side of hard work.”

“Most people think they can wait around for the big moments to turn it on. But if you don’t cultivate ‘turning it on’ as a way of life in the little moments–and there are hundreds of times more little moments than big–then there’s no chance in the big moments.
[…]
The secret is that everything is always on the line. The more present we are at practice, the more present we will be in competition, in the boardroom, at the exam, the operating table, the big stage. If we have any hope of attaining excellence, let alone of showing what we’ve got under pressure, we have to be prepared by a lifestyle of reinforcement. Presence must be like breathing.”

“Practice the way as though saving your head from fire.”

“Fall in love with some activity, and do it! Nobody ever figures out what life is all about, and it doesn’t matter. Explore the world. Nearly everything is really interesting if you go into it deeply enough. Work as hard and as much as you want to on the things you like to do the best. Don’t think about what you want to be, but what you want to do. Keep up some kind of a minimum with other things so that society doesn’t stop you from doing anything at all.”

“If you have everything under control, you’re not moving fast enough.”

“The first and great commandment is: Don’t let them scare you.”

“Panic at the thought of doing a thing is a challenge to do it.”

“The only calibration that counts is how much heart people invest, how much they ignore their fears of being hurt or caught out or humiliated. And the only thing people regret is that they didn’t live boldly enough, that they didn’t invest enough heart, didn’t love enough. Nothing else really counts at all.””

“A thousand half-loves must be forsaken to take one whole heart home.”

“My experience is what I agree to attend to.”

“If you want to understand your mind, sit down and observe it.”

“Every sin is an attempt to fly from emptiness.”

“Until you make the unconscious conscious, it will direct your life and you will call it fate.”

“The first question I ask myself when something doesn’t seem to be beautiful is why do I think it’s not beautiful. And very shortly you discover that there is no reason.”

“Do unto others 20% better than you would expect them to do unto you, to correct for subjective error.”

“Live life as if everything is rigged in your favor.”

“And one morning before dawn on a hot day in July, without informing a single person of his intentions, and without anyone seeing him, he armored himself with all his armor and mounted Rocinante, wearing his poorly constructed helmet, and he grasped his shield and took up his lance and through the side door of a corral he rode out into the countryside with great joy and delight at seeing how easily he had given a beginning to his virtuous desire.”

“You thought, as a boy, that a mage is one who can do anything. So I thought, once. So did we all. And the truth is that as a man’s real power grows and his knowledge widens, ever the way he can follow grows narrower: until at last he chooses nothing, but does only and wholly what he must do…”

“Make a lot of mistakes in your life. And the earlier you make them the more useful they will be to you.”

“I only want power so I can get books.”

- Eliezer Yudkowsky, Harry Potter and the Methods of Rationality